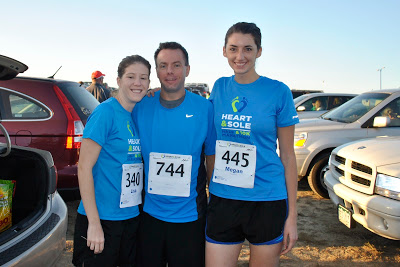 I ran a half marathon this morning.

Some people can run 13.1 miles in their sleep.

I am not one of those people.

I had to train for it, and it’s the farthest I’ve ever run. 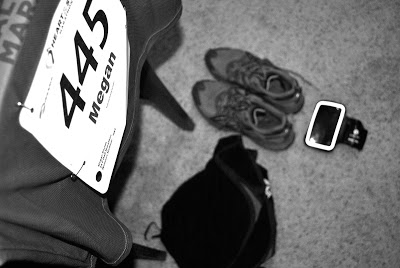 I wasn’t a runner in high school, though I knew I didn’t hate running as much as most people. I would run a little to stay in shape, and in college I pushed myself a little harder to see what I was capable of.

Still, 3 miles was a good distance for me, and 5 miles was pretty far.

When I started training for this half marathon, my first 8-mile run was torture. I started to doubt whether I could do this. But I pressed on, and was amazed when my body completed a 10-mile run and didn’t fall apart. 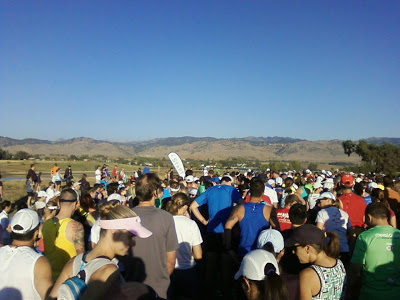 It’s truly incredible what the human body can do, but I have to say that it’s equally incredible when a person decides that the limits they’re familiar with don’t have to be their limits anymore. I’ve been meeting more and more runners who never got off the couch until just a year ago, and now they’re running marathons.

I think that’s why running has intrigued me and become so fun, even though it tortures me at times (I felt pretty terrible when I crossed the finish line this morning).

It’s not necessarily the breathlessness, endless repetitions of one foot forward, then another, and the fatigue that follows that’s addicting. It’s the empowerment that comes with taking a goal into your hands, and taking ownership of the strength that you’ve had access to all along, but talked yourself out of exploring and developing.

It’s the ability to join the ranks of those who you’ve only ever admired and gazed at from a distance. It’s the chance to be in the middle of something challenging and scary … and realize you’re surviving. Maybe even thriving. 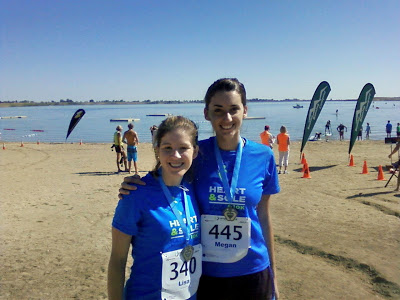 I think for most people, the barriers to their goals are not rational. “I can’t run that far,” some have told me. “Why? Is your leg broken?” Usually, no. They just can’t envision that future. That’s for “other people.”

“I can’t become a writer/actor/athlete/artist.”

“Why? What scientific evidence do you have that it’s impossible for you?”

Yes, human beings have limitations. But our limits are often not as big and numerous as we assume they are.

I’m hoping to do a full marathon in January. I’ve been told that should be pretty painful, but it’s hard not to wonder if I can do it!

How about you? Any goals you’ve thought about going for, but talked yourself out of attempting?

« The White Blouse
Leopard or Cheetah? »