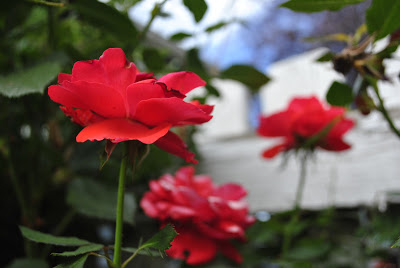 Have you ever loved a murderer?

I hope I have.

I hope we’ll never really know because love kept them from what they could have been.

I hope that, because of love, a potential murderer became one who chooses love instead of hate.

The Friday shooting in Connecticut, where 20 young children and 6 adults were gunned down by a lonely, discontented twenty-year-old man shocked us in its cruelty. But sadly, it didn’t shock us in its newness.

I live in Colorado, just thirty minutes from the Aurora movie theater that saw a similarly horrific display of evil. It reminds me that cruelty and lack of regard from human life runs rampant in our country—and in the world.

When I ask that question, I can’t help but grieve over not just his victims, but also the shooter himself.

What a terrible way to live and die! To not only have the desire for harming others in his heart, but to also have the volition to carry out murder, is a special kind of illness. It may be an illness that he contributed to and helped nurture, but it poisoned him nonetheless.

I think that someone who understands how valuable his life is to the world is careful to use his life well. And he’s secure enough in his worth to forgive those that harm him, sacrifice his time and efforts to help others, and doesn’t grow bitter when kindness isn’t always returned.

But to understand that your life is valuable (though I wish we understood it intrinsically), requires help from others who choose to love us through the good and the bad. When people choose to love us in our ugliness, selfishness, tiredness, and on our worst of days, we have hope for our lives and humanity even if someone else treats us poorly.

This may make it sound like the blame for human cruelty falls on everyone but the murderer or abuser, but that’s not what I’m saying. I think every person who acts on hate, including ourselves, takes personal responsibility for that. Our love can only do so much. Sometimes evil turns towards love and strikes it.

But, I don’t think that excuses us for loving as much as we can. I think love does heal people, and if God gives power to our love, evil can turn and flee.

So, as I pray for the victims’ families, I also pray for other potential shooters, and those that surround them. I pray that we all would have the humility and boldness to love all kinds of people, especially those who are unlovely and lonely. We may be helping many more people than we’ll ever know.