I’m officially into the 3rd Trimester now (about 29 weeks) so I thought I’d let you know how my 2nd Trimester went! 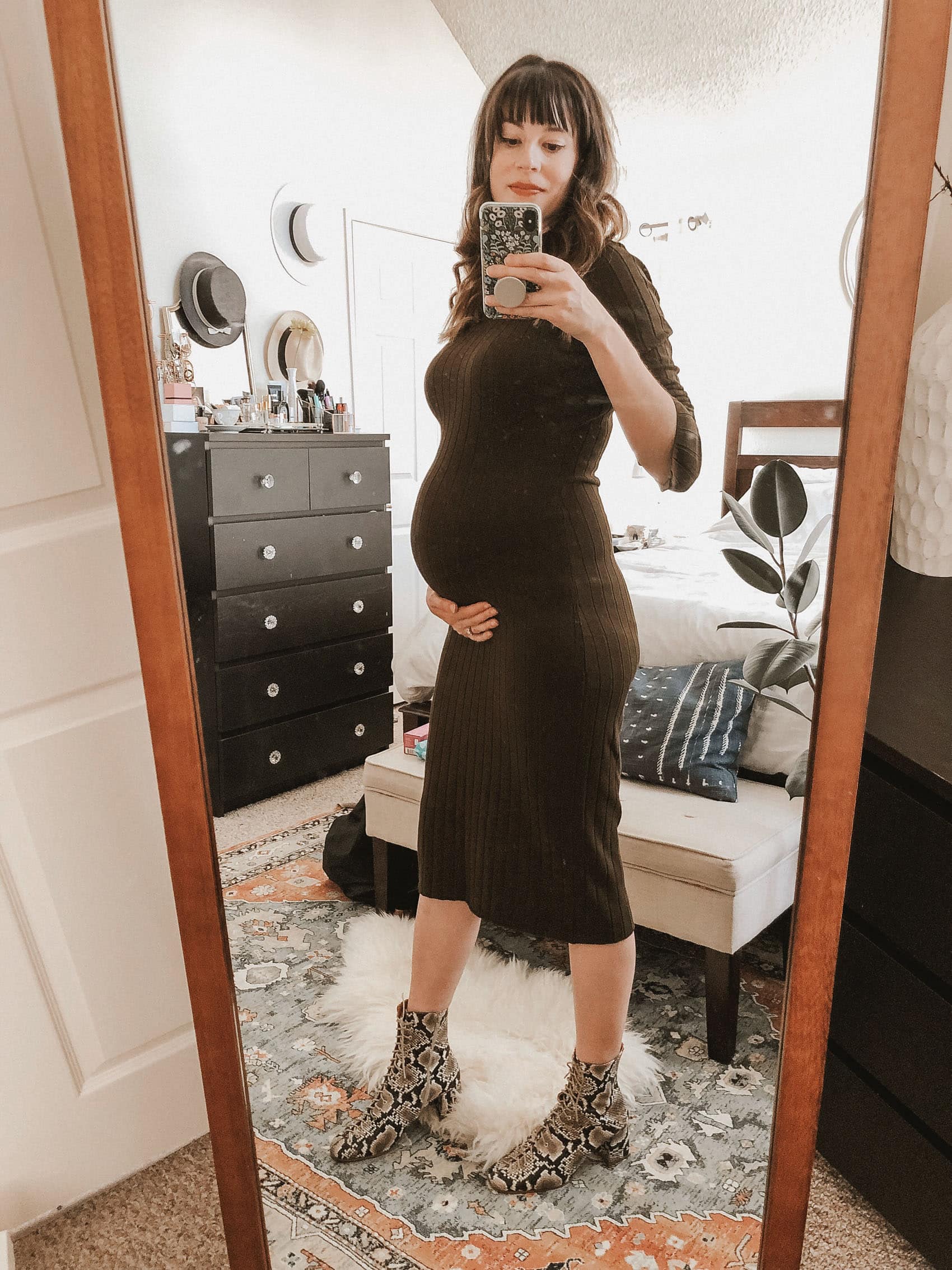 Thankfully, I felt a lot better than the first trimester. Unfortunately, I still don’t feel 100%. I remember feeling a lot better during my first pregnancy. I felt like by week 20 I was ‘back to normal’, all things considered. But this time around it’s definitely been a little harder.

Physically, I’m also more uncomfortable. It feels like the baby is sitting a lot lower this time and therefore, putting more pressure on my pelvis. I think I have PGP or Pelvic Girdle Pain. It feels like someone kicked me in the crotch…haha. And it’s more uncomfortable at night. I really should get one of those belly support bands to see if that helps with the pressure.

I’m also more tired this time around but I think that’s because I have a toddler to look after!

I don’t really have any cravings. I do really like to drink lemonade right now so I guess you could call that a craving. During my first trimester I drank a lot of coke because the carbonation felt good. But now I drink mostly lemonade. In general, I just like to eat. It definitely makes me feel better to constantly have something in my stomach. Otherwise I start to feel “weird”. I probably also like sweets a little more than I usually do when I’m not pregnant. But I’m not mad about that!

Besides just getting bigger in general, I don’t really have any crazy physical changes. I didn’t get stretch marks during my first pregnancy and so far I haven’t gotten any during this one. I do use Palmer’s Stretch Mark Lotion and a Vitamin E Oil on my belly but otherwise I think stretch marks are just genetic and there’s nothing you can do about it.

I don’t get any weird skin changes like acne or melasma. And so far my feet haven’t gotten bigger or swelled. So I think I’m very lucky as far as physical pregnancy changes. I have more trouble with how I feel on the inside – i.e, morning sickness.

During my third trimester I plan on going to a prenatal chiropractor to help with some back pain and to keep everything aligned. I had a relatively easy labor and delivery the first time around and I think going to the chiropractor helped with that. 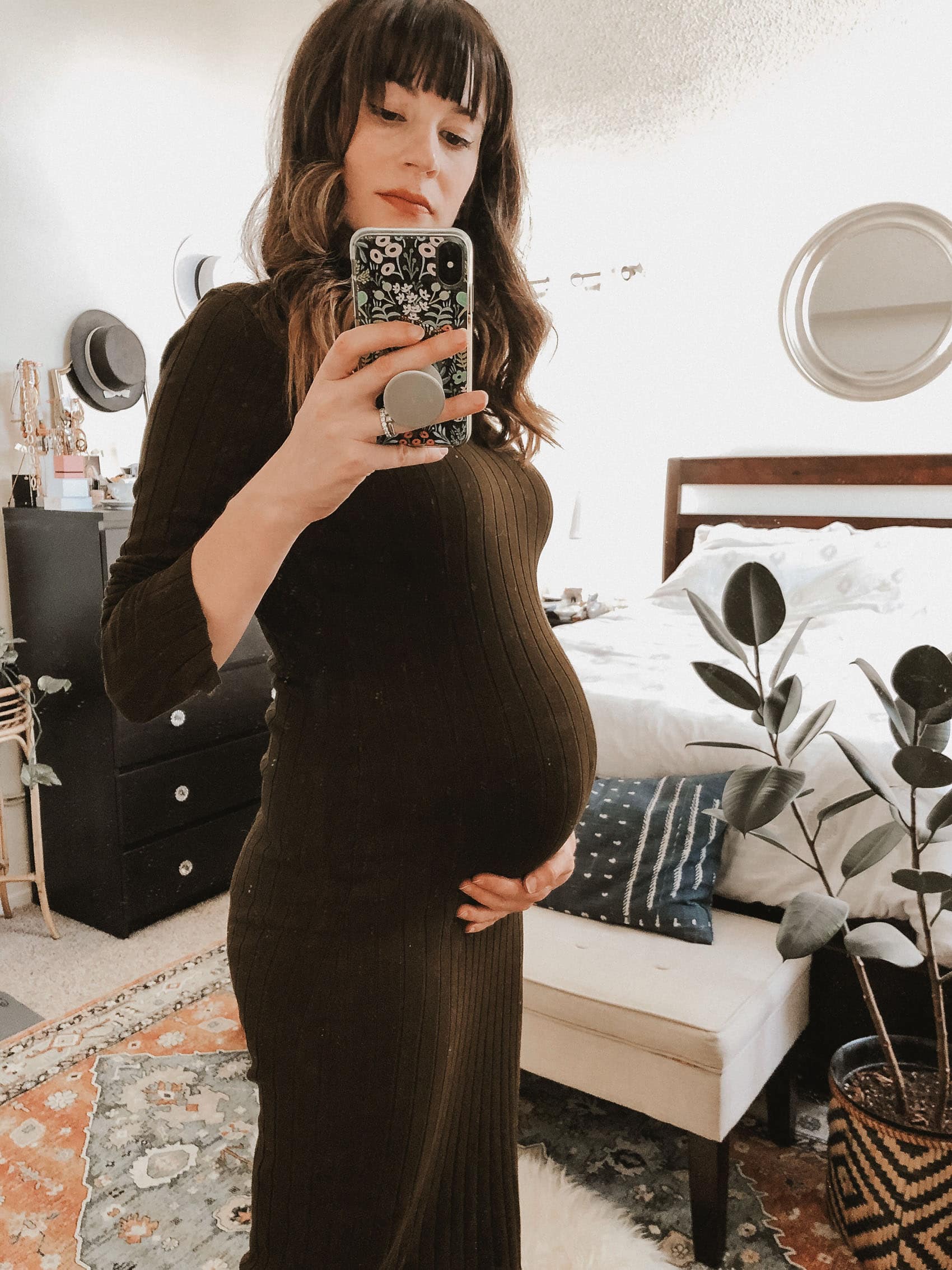 I don’t really pay attention to weight gain during pregnancy, or really at all. I’m super lucky to be naturally thin and not have to worry about it. But I also think that pregnancy is a time to embrace the changes and weight gain. Bigger boobs, bigger butt, bigger belly – bring it on! I was naturally underweight before I got pregnant so I end up gaining more weight than the recommended amount of 25-30lbs. I think during my first pregnancy I gained 40-50 lbs? I basically gain enough weight to bring me up to a ‘normal’ weight and then add on the 25-30lbs for pregnancy. As long as my doctor isn’t concerned I don’t worry about it!

I’m lucky to not go through crazy mood swings or depression during pregnancy. I’m pretty even keel. Like I said, my main problem is dealing with bad morning sickness for about 17-20 weeks! I definitely feel more prepared for this baby than with my first. During my first pregnancy I had a doula and went to a lot of prenatal classes. But this time around I feel pretty confident with doing it on my own. This pregnancy has gone by a lot quicker because I’ve had a toddler to deal with! But I already have most of the baby gear I need for the new baby because I kept it all from the first!

I do feel a little sad that I haven’t enjoyed this pregnancy as much as the first. Especially since I think this is my last. It was rougher with the morning sickness this time around. I haven’t taken any photos of my growing bump. I didn’t do any special pregnancy announcement or gender reveal. I still haven’t officially told some of my friends I’m pregnant! Yikes! My husband and I aren’t going on a babymoon because he’s working and we have a toddler. I don’t think I’ll have a baby shower this time around. Mainly because I don’t live near any family and I’m not planning on flying back home until after the baby. I also don’t need anything so a shower is kind of useless. Still, it feels like I’m not really celebrating as much, ya know? I’m really just ready for this pregnancy to be over…haha.

We found out the gender around week 20 but I haven’t made any official announcement yet! I guess I should do that soon!