I’m sure you’ve heard of Rocksbox by now. This subscription jewelry service has been all over instagram and the blogosphere lately. But is it worth it? I’m giving you an overview of my experience and the 5 boxes I’ve received so far.
How Does It Work?
For $19 a month you get access to unlimited designer jewelry – three pieces at a time. When you sign up you get to make a wishlist of pieces you would like in your next box. (Designers include Gorjana, Kendra Scott, House of Harlow, Trina Turk, Loren Hope and more along with a few Rocksbox designed jewelry lines.) You also take a style quiz and can leave notes specifying what type of jewelry you like. For example, I said no rings or bracelets because most of the time they don’t fit my scrawny fingers. Or you can say you’d specifically like to try Gorjana pieces. A Rocksbox employee will keep your requests in mind when picking out the pieces for your box and send it out to you. You can keep the pieces as long as you’d like and when you are finished you can choose to buy any of the items or send the rest (or all) of them back using the prepaid shipping label. Once the box is back at Rocksbox they will send you a new box.
Pros
1) You get to try out a lot of jewelry and styles that you might not normally have access to.
2) You can buy the designer pieces at a discount PLUS you get $10 in Shine Spend (store credit) each month.
3) If a piece of jewelry becomes damaged after you purchase it Rocksbox will replace or refund the damaged piece up to 180 days after you purchased it.
4) Your membership includes an insurance fee which covers jewelry that is damaged while you are using it. So you can wear your jewelry worry free!
5) For every friend you invite to join Rocksbox who signs up you get $25 in Shine Spend to use towards purchasing jewelry!
Cons:
1) You don’t get to pick specific piece you want in your box. You can make requests but that doesn’t mean that you’ll necessarily get it. Usually a box consists of 1 or 2 piece off my wishlist and the others are pieces Rocksbox picked for me. I have had 2 boxes with all three pieces off my wishlist though.
2) The jewelry is “used” so you aren’t buying new pieces.  All pieces are inspected and sanitized before they are sent out again but you don’t have any idea of how many people have been wearing it before you get it.
3) Sometimes the pieces arrive damaged. In my first box a gem had fallen out of one of the earrings. So I had to send it back and wait for a replacement to show up. But Rocksbox did give me an extra $10 in Shine Spend to use for the trouble. Another necklace arrived with a stuck clasp – but I bought it anyway!
4) There is the possibility of your box getting lost in the mail. This happened to my last box. I used the prepaid label and put it in the mail. After a week I noticed that I hadn’t gotten a notification that it had made it back to Rocksbox (usually it only takes 3-4 days). So I looked up the tracking info and it wasn’t even registered. I contacted Rocksbox and the Post Office and no one could find it. So after about about 3 weeks of waiting for it to show up/writing emails to Rocksbox they finally marked the box as lost. I didn’t have to pay for the lost pieces and they sent me a new box. So everything worked out! I have to say Rocksbox was really nice through the whole situation and didn’t blame me at all.
Rocksbox #1 and #2 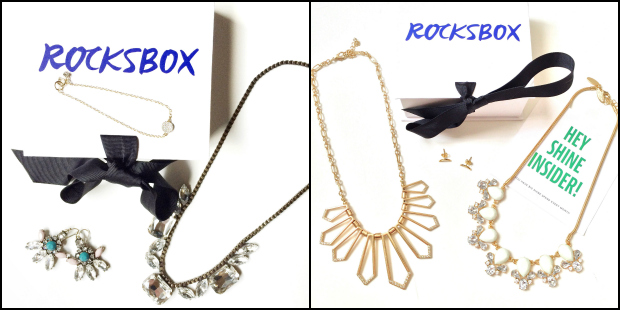 Box #1 –  I only got the earrings from my wishlist. They had a missing gem so I had to send them back. But I really liked them so I purchased them! I wasn’t crazy about the bracelet because it was too big for my wrist so I didn’t wear it. I liked the necklace and wore it a few times.
Box #2 – Probably my favorite box! I wore both necklaces a lot and even got compliments from a stranger! I ended up buying the earrings because they were so versatile. I almost bought the geometric necklace because it was so cool.
(the crossed out price is retail and the second price is what you pay through Rocksbox.) 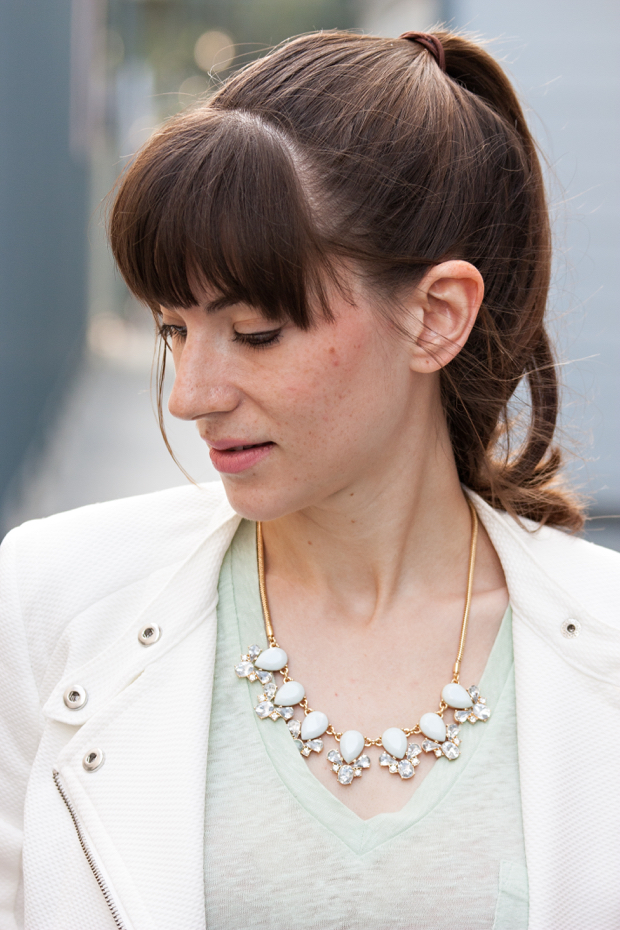 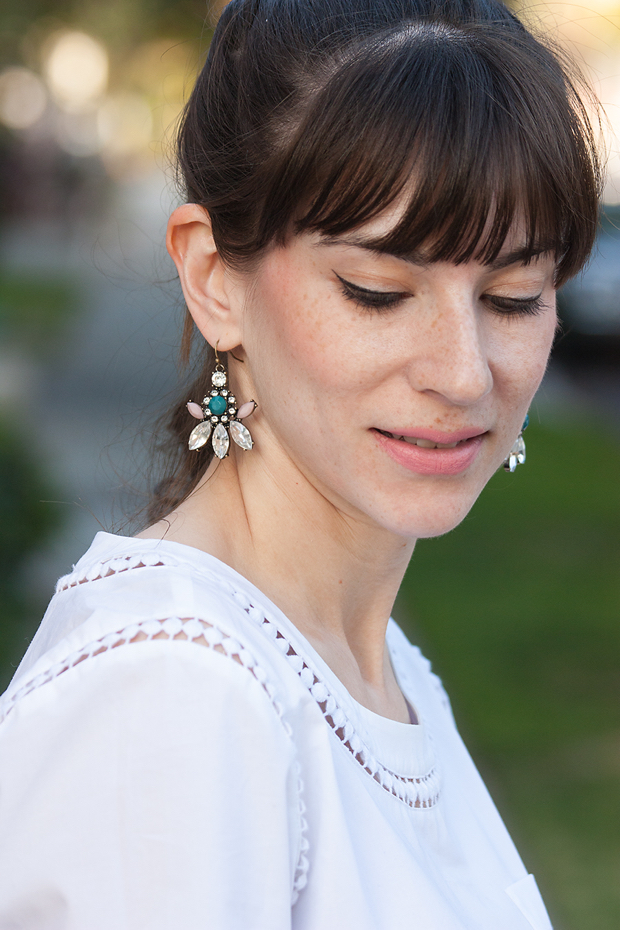 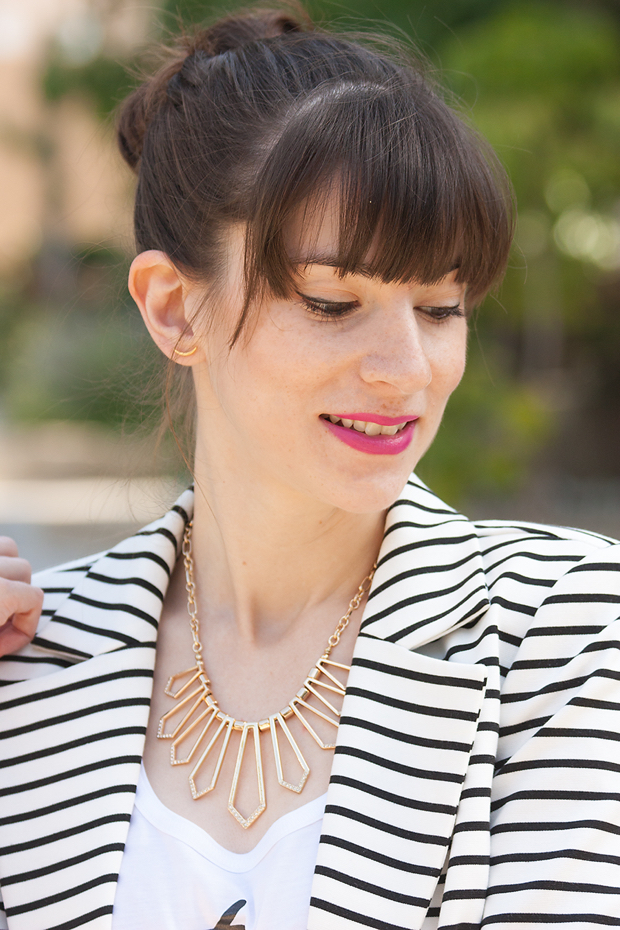 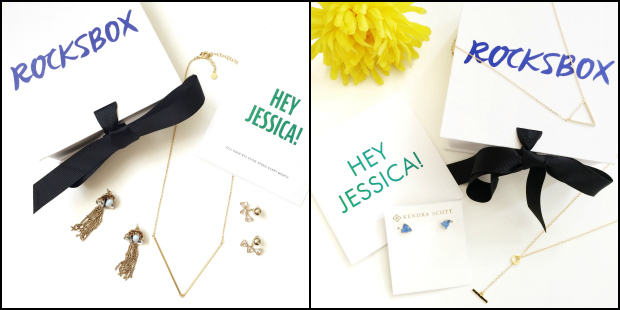 Box #3 – All three items were off my wishlist! I liked the earrings in the picture but not so much when I wore them. The one pair was too heavy and the other pair felt too loose – like the back would fall off. I liked the necklace the best and wore it a lot.
Box #4 – I got the lariat necklace off my wishlist but the other two were Rocksbox picks. I really liked both but the earrings were almost identical to another pair I have so I didn’t wear them at all. 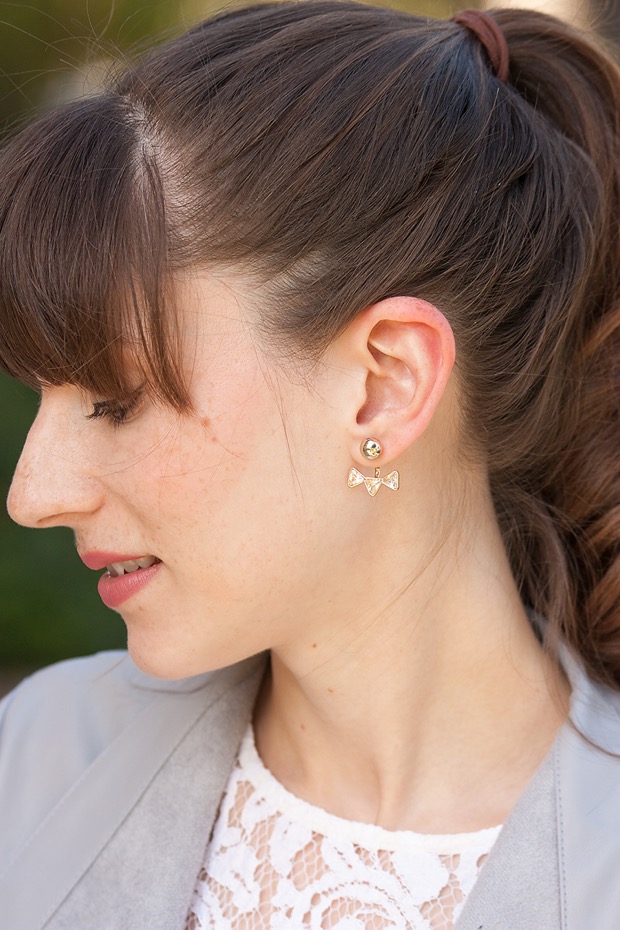 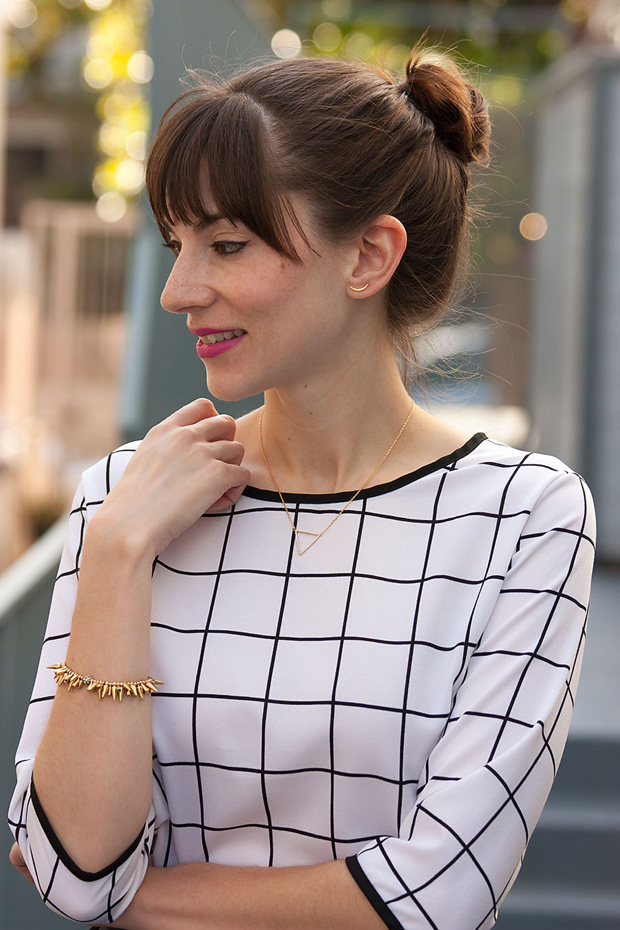 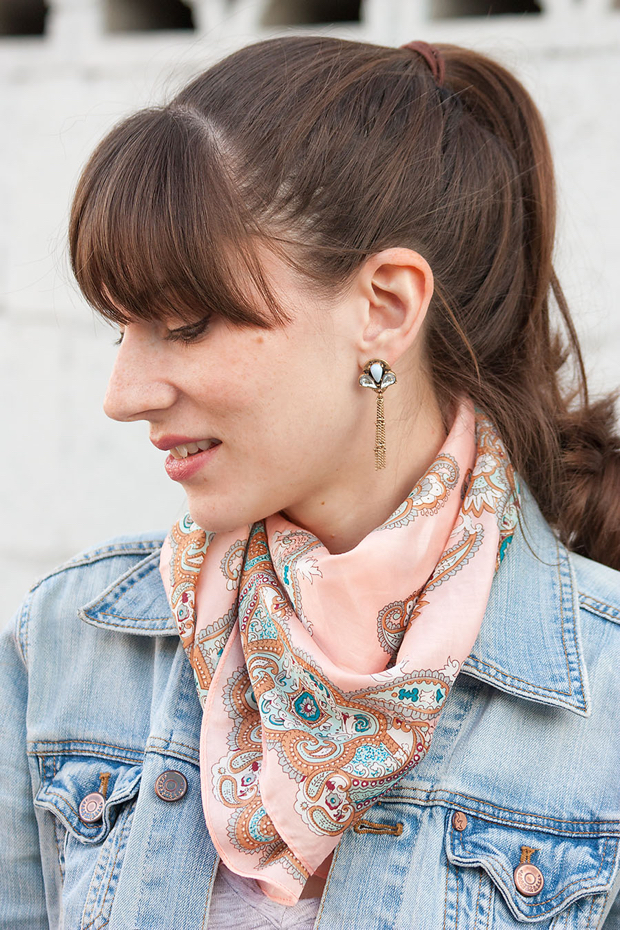 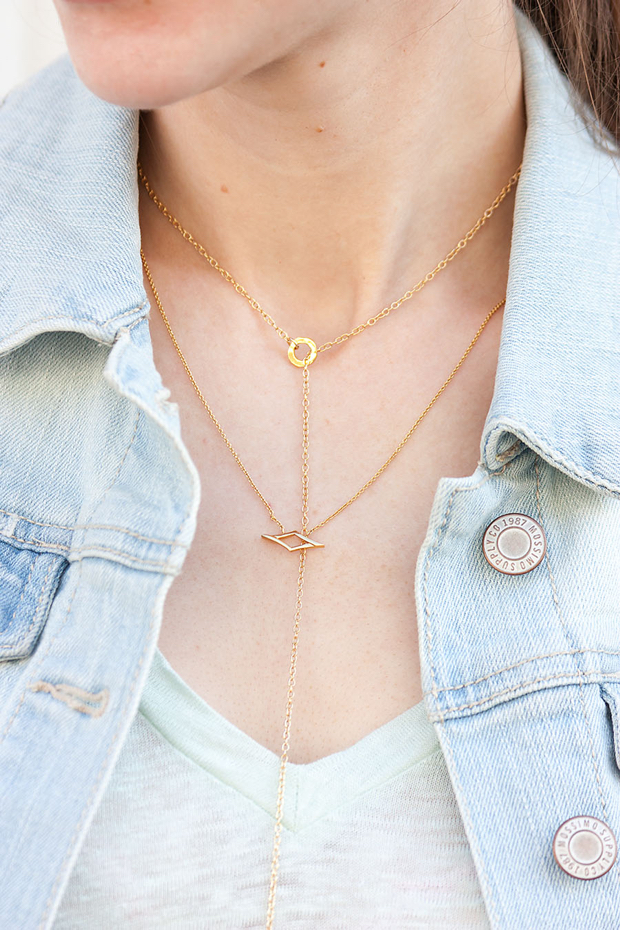 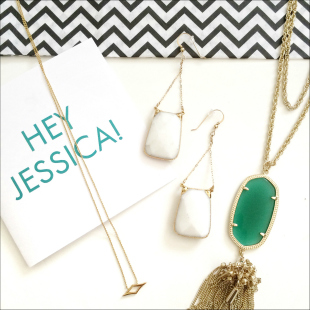 Box #5 – All three of these pieces were on my wishlist. I loved the Gorjana necklace and I bought it. I really liked the Kendra Scott necklace too but I had asked for a different color but they sent me green instead. The earrings are really pretty but just too heavy for my ears so I never wore them. 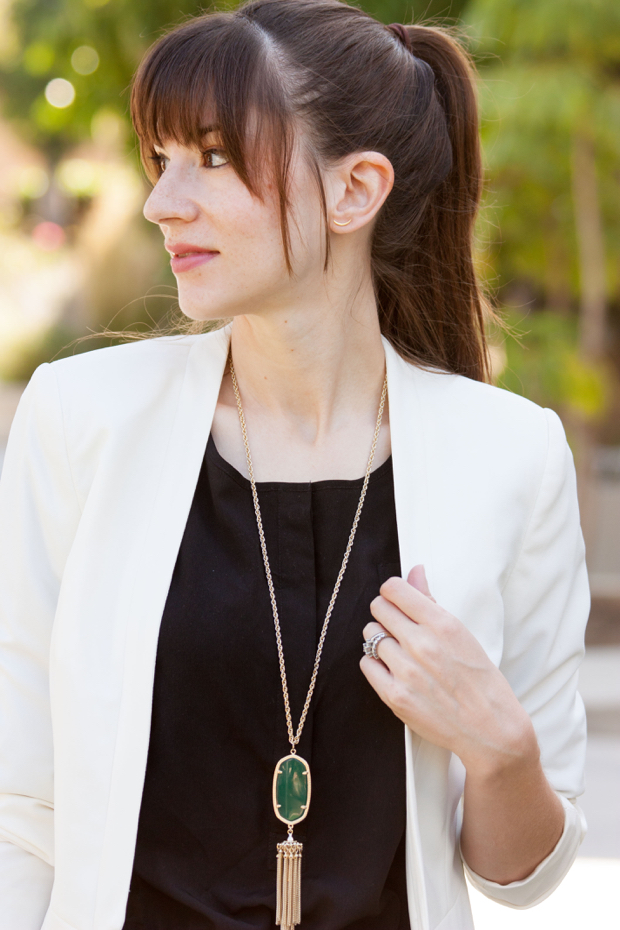 Kendra Scott Necklace $80 $64
See full post here.
Overall, I’ve had fun with the service! I’ve been able to buy 4 pieces of designer jewelry at a discount which is awesome! I am getting the service for free so I can review it on the blog.  I definitely like to buy pieces and wear the same items over and over so I don’t know if I would pay $19 a month in order to borrow jewelry. But if you are someone who likes to switch up your jewelry and don’t want to commit to buying this would be perfect for you! It’s also a great way to try out different styles or designer jewelry. I probably would never have bought a Kendra Scott necklace but it was really fun to  be able to wear one for a few weeks.
You do get $10 in Shine Spend (basically store credit) each month so technically if you buy something the subscription only costs $10 which is not bad.
You also get $25 in store credit when you refer a friend. I’ve had 2 people sign up so far so that’s $50 worth of credit.
But the GREAT news is you can get a FREE month of Rocksbox with code ‘jeansandateacupxoxo’. I definitely would take advantage of a free month. You can always cancel after the free month is up – although you might not want to!
Sorry for such a wordy post! I hope it was helpful and if you have any questions let me know! 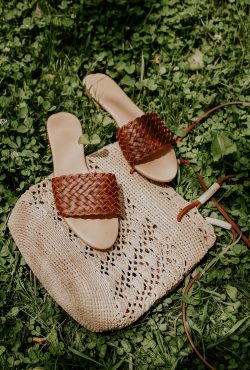 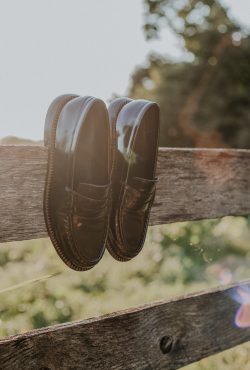 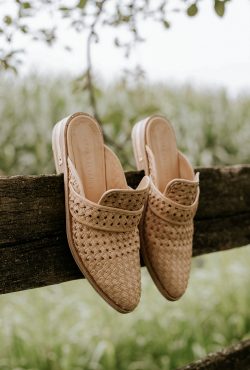 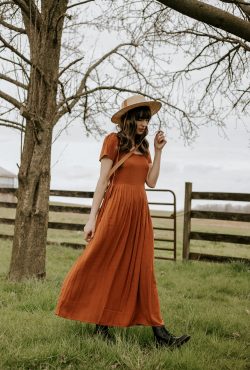