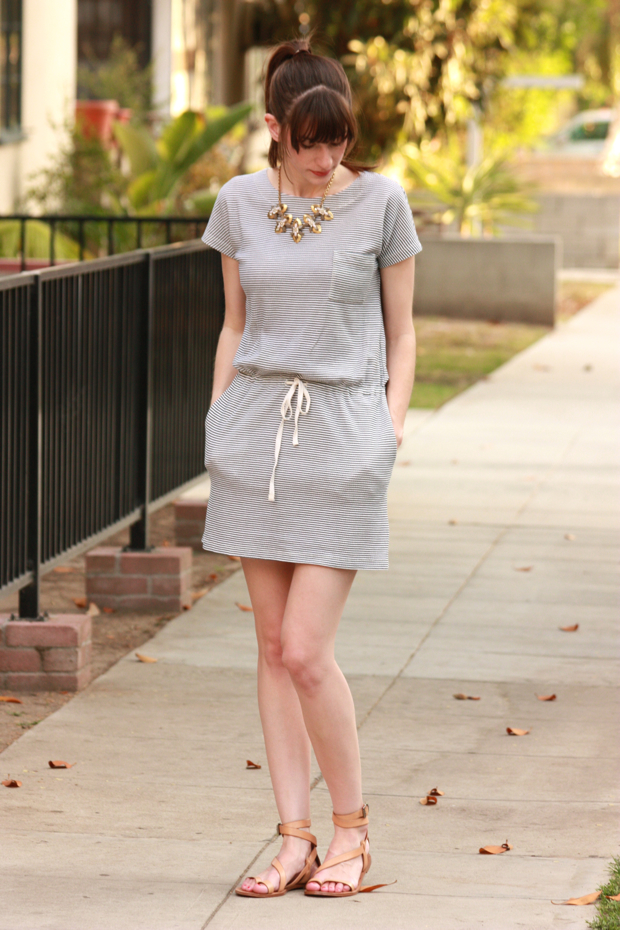 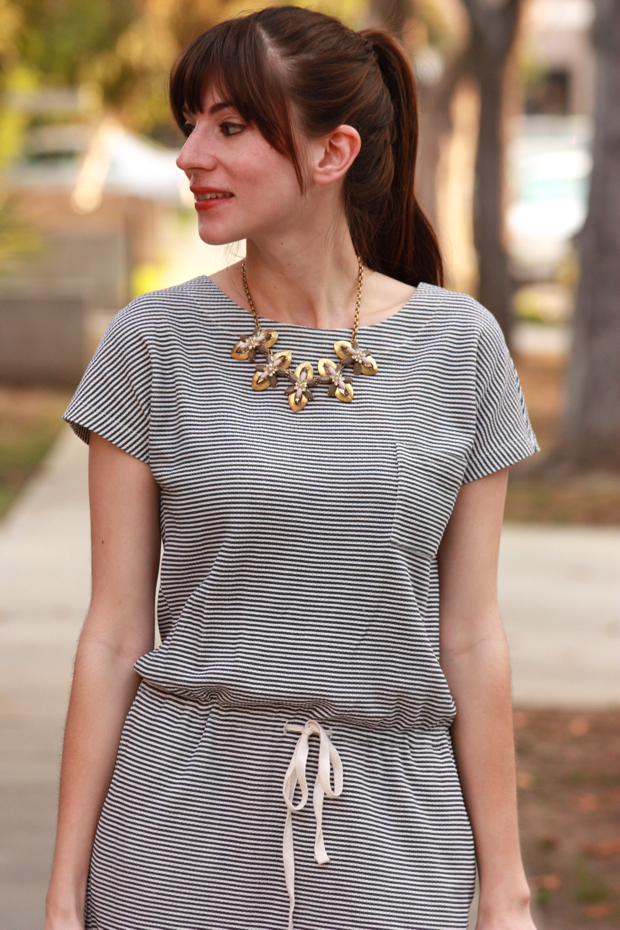 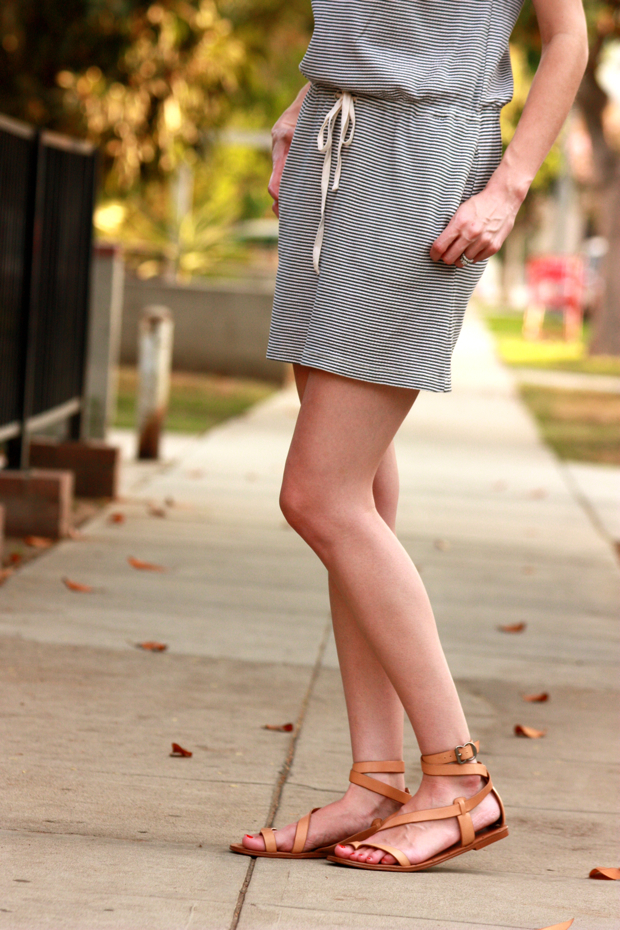 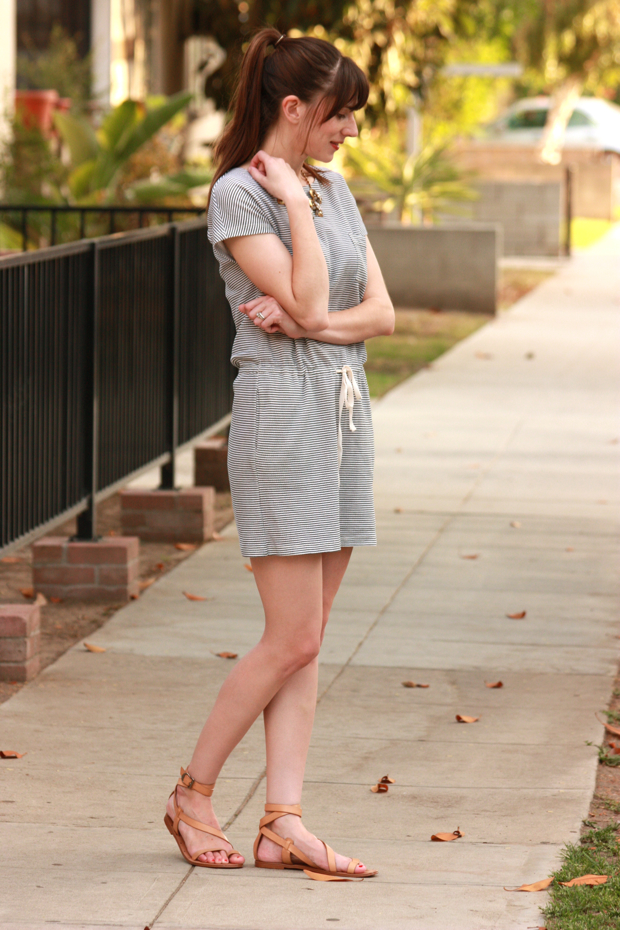 I have officially decided that this is my new nap dress.  It’s perfect for lounging around at home and taking naps. You can even adjust the drawstring waist if you’ve eaten too much for lunch. And the great thing is it’s cute enough to wear out in public (if you have to get off the couch for some reason). This dress is from the Lou and Grey line from Loft which doesn’t go on sale that often so get it for 50% off while you can!
You may (or may not) have noticed I was MIA on Monday. I didn’t have my act together enough over the weekend to get an outfit photo in there. My hubby and I, along with a few friends, made a spur of the moment decision to go down to San Diego for Comic Con on Saturday for the weekend. And Holy Nerd-Fest, Batman! Comic Con is one crazy convention. I’m a little bit of a nerd myself. I was super into Star Wars in high school, I watch almost every super hero movie, and I think I’ve watched almost every animated super hero TV series. But man, I couldn’t handle Comic Con. For one, there are just soooo many people. I couldn’t even move around on the floor. And I get the feeling that the fans there are just a little too obsessed with these fictional worlds – it’s kind of scary. Anyway, I guess I just wasn’t prepared for the whole thing.  Note to self – wear sneakers – you will get stepped on plus you’ll be walking A LOT. My husband wants to go back next year so if that happens I’ll know what to expect I guess!
Have any of you been to Comic Con and what did you think?
Linking up:
The Pleated Poppy: What I Wore
Style Elixir: Style Sessions
Because Shanna Said So: Random Wednesday
Treasure Tromp: Treat Yo Self Thursday
Vodka Infused Lemonade: Tres-Chic Fashion Thursday
Mix & Match Fashion: Summer Style 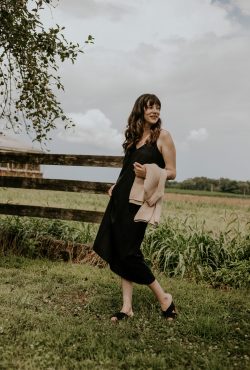 Transitioning into Fall with the Jenni Kayne Riviera Slip Dress 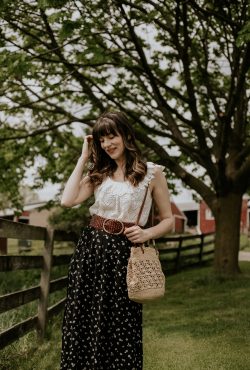 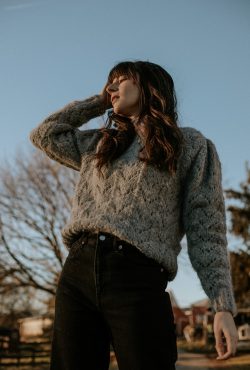 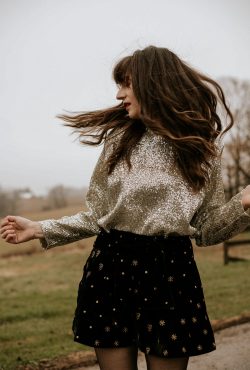 Sézane Holiday Outfits: How to Dress Like A French Girl for the Holidays

« Work It!
Floral for Summer and Fall »