I don’t know a girl that doesn’t want long, full lashes. Unfortunately, most of us aren’t born with voluminous lashes! So what’s a girl to do?!

There are three options that I’ve tried out recently: lash lifts, lash extensions and magnetic lashes. In this post I’ll go over each process, the look, time commitment, safety, and price to help you decide which is right for you!

What is a Lash Lift?

With a lash lift, no fake lashes are applied to your lashes. You own natural lashes are basically permed so they hold a curl. The lash technician will place an under eye pad over your bottom lashes to keep them out of the way. Then a curling rod is glued to your upper lid using a water based adhesive. Your lashes will then be glued to the rod using the water based adhesive and a curling solution is applied to the base of your lashes. A tint is applied to give your natural lashes a pop! Finally, a setting solution is applied to the lashes to help them stay curled and the adhesive glue and rod are removed. The result is very naturally curled lashes!

What are Eyelash Extensions?

Eyelash extensions are when faux lashes (either synthetic, silk, or mink) are individually applied to each natural lash. So they are basically look like an extension of your natural lashes. The lash technician will place an eye pad over your bottom lashes just like in a lash lift. They might also tape section of your upper lid to make it easier to separate the lashes. Then they individually glue lashes to your natural lashes.

What are Magnetic Lashes?

Magnetic lashes are faux lashes that are held together with magnets so there’s no glue involved! You get a top lash and bottom lash for each eye and you sandwhich your real lashes in between the magnetic strips.

It definitely gives you a more natural appearance. Your lashes will only be as long and full as your natural lashes. There is a tint applied so your lashes will look similar to when you have mascara on. You can see a before and after shot below of my lashes with a lash lift and without mascara. 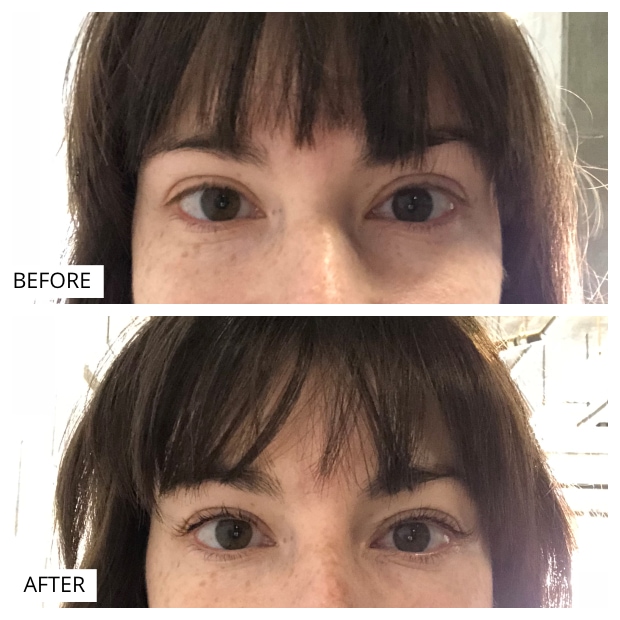 With a lash lift I still like to apply mascara for a slightly fuller look. The shot below is my last lift after a few weeks with some mascara. 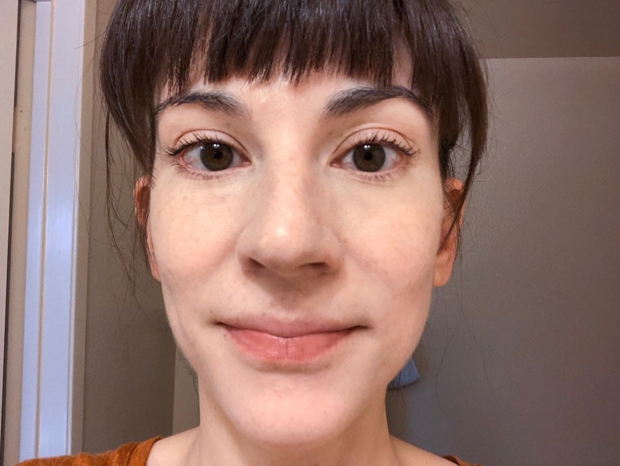 If you are looking for a more dramatic look, eyelash extensions are the way to go. You have more options with lash extensions as well. You can get them as full or as long as you want.  I ask for noticeable but natural lash extensions and you can see what they look like below. This shot is also without mascara. With lash extensions you don’t need to apply mascara because the lashes are already dark and full. 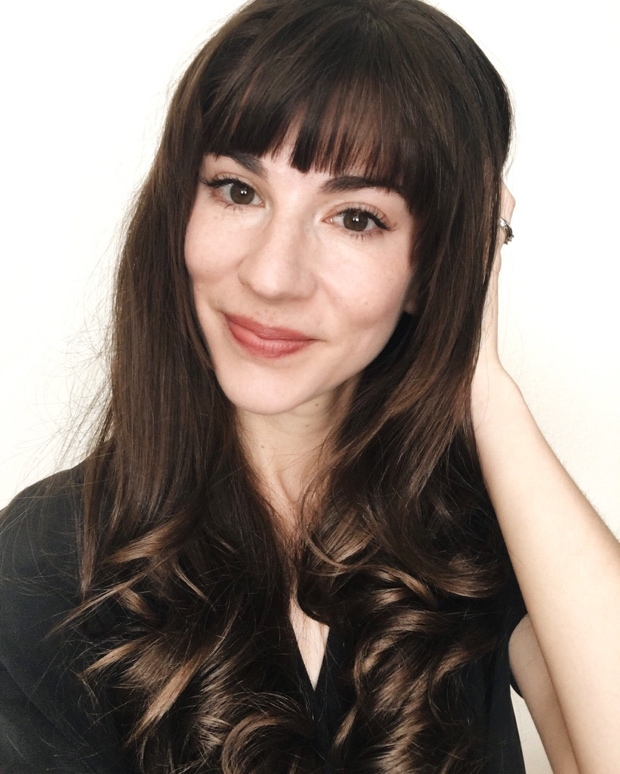 You can see in the next two shots that lash extensions make my lashes at least twice as long and definitely fuller. 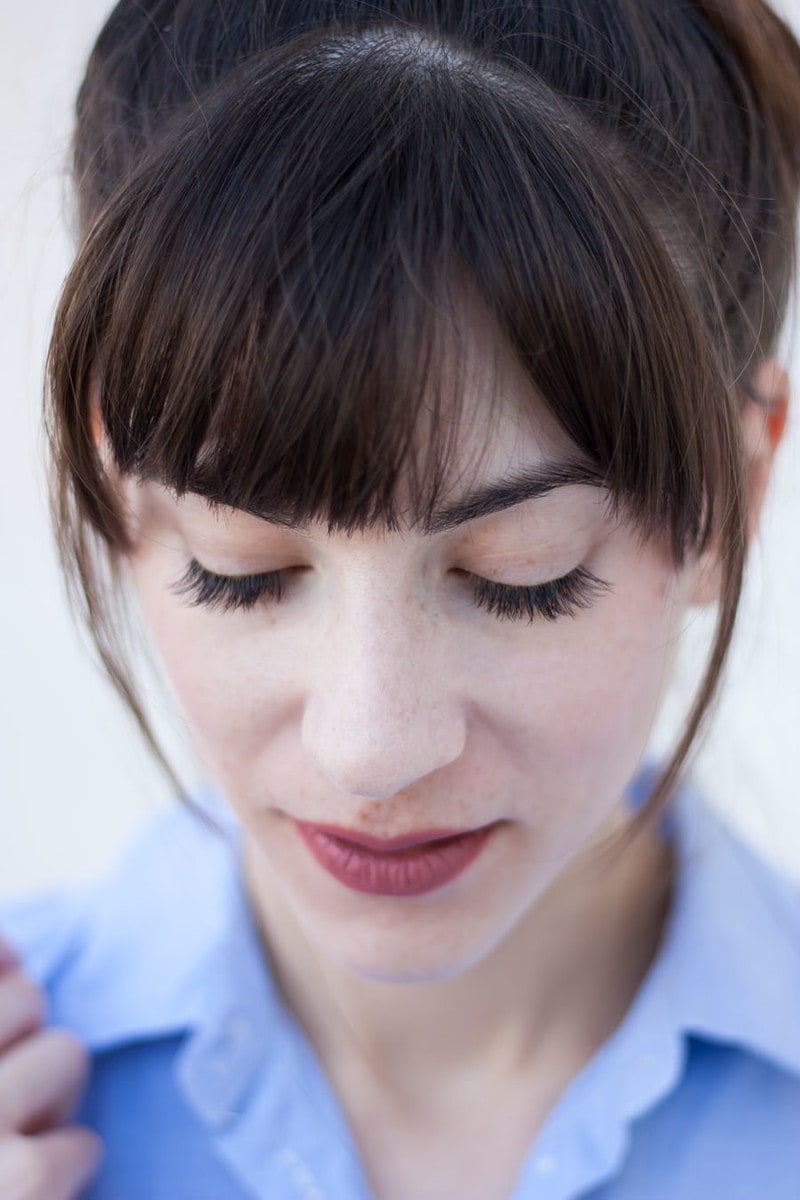 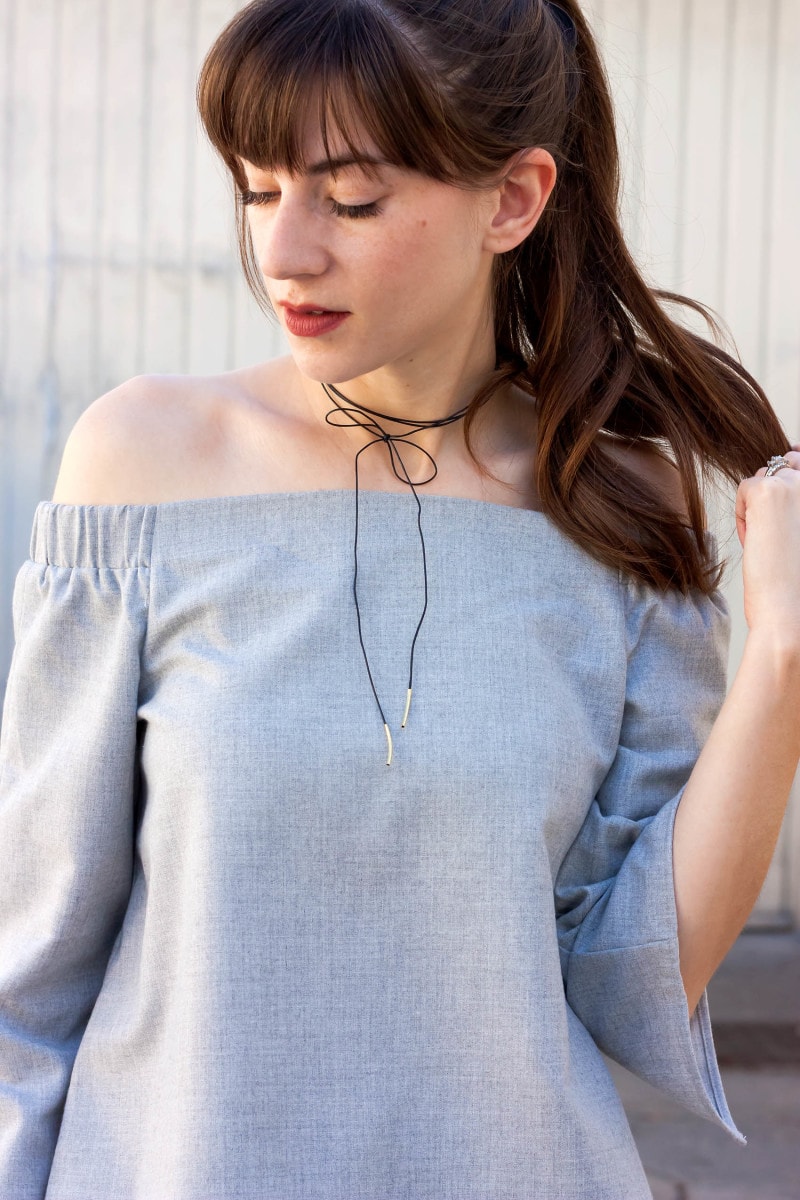 It can definitely give you a more dramatic look depending on what style you get. There’s a top and bottom lash for each eye and you basically put them over and under your lash and they close over your lashes with magnets! So there is no glue involved like with false lashes. 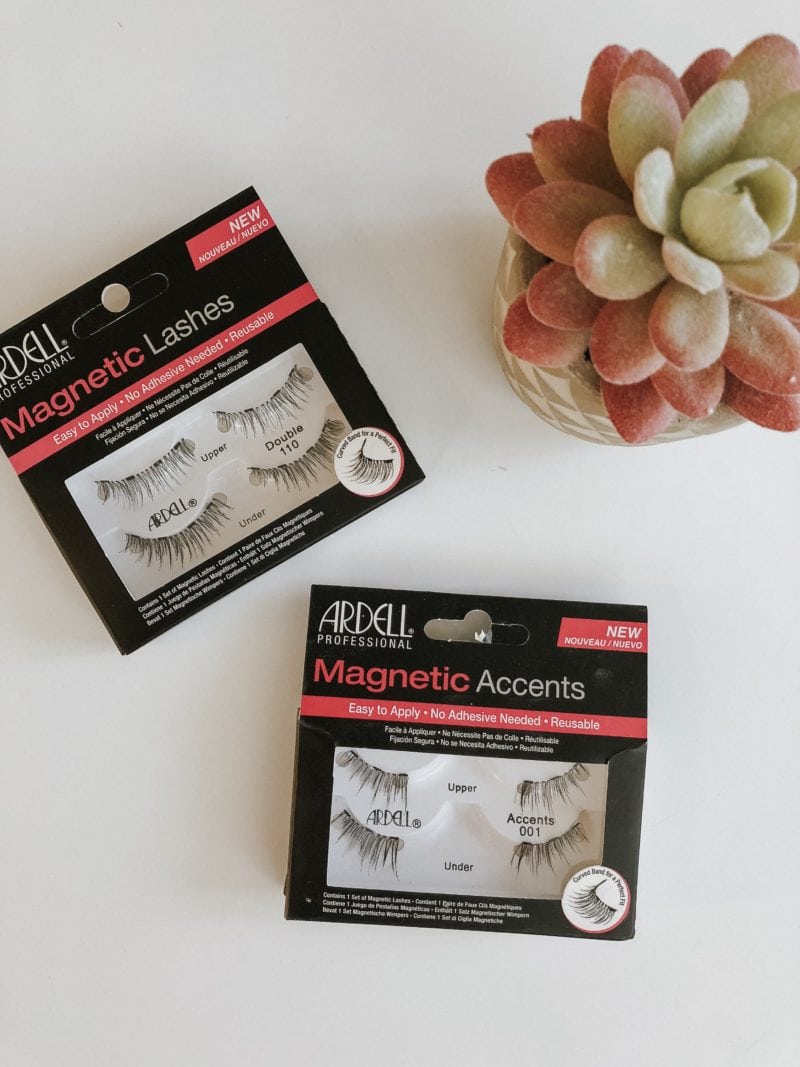 I first tried the “Accents” because I thought they might look more natural. They are shorter width wide so I thought it would just add some extra volume to the ends of my lashes. I think they look good but the lash length was a little too long and curled for my taste. It’s definitely more of a dramatic “going out” look in my opinion.

So next I picked up the “Double” lashes.

These are longer width wise so they cover my entire lid. But I noticed that the lash length wasn’t as long so I was hoping that would produce a more natural look. The other difference is there are 4 little magnets in the “Double” lashes as opposed to 3 with the “Accent” lashes.

I did like the look of these better but they were a little too long for my lash line so I ended up trimming one magnet off the ends of the lashes. I think they fit much better now and are easier to apply because there’s only 3 magnets instead of 4. You can see the final look below!

Sometimes it’s hard to get the magnets lined up close enough to the lash line. If you don’t they can end up looking weird. You can see that the ends of the lashes don’t line up close enough to my lash line so you can tell I have fake lashes on. It takes a lot of trial and error to apply these lashes! 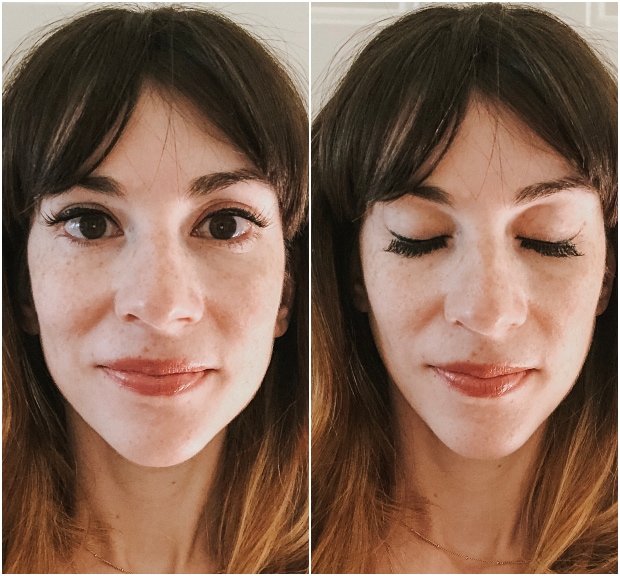 To remove the magnetic lashes all you do it pull them off! It’s not a tight hold so they actually come off very easily.

The magnetic lashes aren’t as comfortable as lash extensions or lash lifts. I can definitely feel them on. But you get used to it eventually and if they are applied right they should hurt.

A post shared by Jessica W | Jeans and a Teacup (@jeansandateacup)

The length of the service for lash extensions and lash lifts really depends on the lash technician and how fast they are. But at the salon I go to the lash lift and lash extensions take about the same amount of time, which is about 90 minutes. For the magnetic lashes it really depends how good you are at getting the magnets to lock into place. It could take a minute or a couple minutes depending on how good you are. But the magnetic lashes are something you need to apply everyday so it’s not going to save you time in your everyday routine.

The biggest difference with the lash lift versus lash extensions is the upkeep. A lash lift can last up to 8 weeks, depending on the person, which is at least twice as long as lash extensions. And when the last lift starts to fade your lashes will just not be as curled. With a lash extension, after about 3-4 weeks you’ll start to notice unevenness with your lashes because some will fall out and some will grow out with your natural lashes. After about 3 weeks you should come in for a “Fill” which is maintenance to clean up any “rogue” lashes and replace the lashes that have naturally fallen out. You can see the progression below. 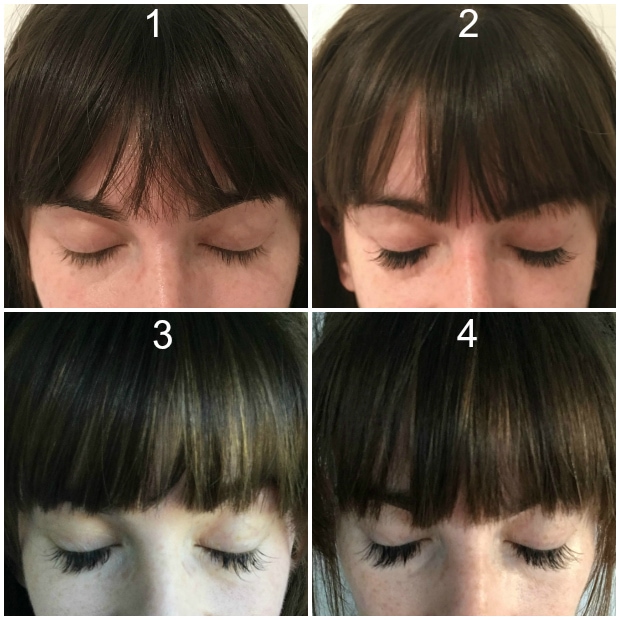 Lash extensions are also a little more high maintenance because you aren’t supposed to rub your eyes, sleep on your face, or use oil based makeup products around your eyes. Doing those things could result in your extensions falling out faster. With a lash lift you can do all those things because they are your natural lashes.

The most important thing to do when choosing a lash service is picking a reputable salon or lash technician. You want to find a place that focuses on lash health and natural looking lashes. Someone that’s properly trained will know how to apply the lashes or do the lash lift without damaging your natural lashes.

But overall, either process is safe for your lashes.

The glue used should not irritate or damage your lashes. With lash extensions, individual lashes are glued onto your lashes away from the lash line so no glue should be getting on your skin. The lash extensions will fall out with your natural lash cycle which is about 3-4 weeks. I would recommend only getting single lashes applied and not multiple or “volume” lashes. Volume lashes are multiple lashes applied to one eyelash for a fuller, more dramatic look. But in my opinion, they put more stress on the natural lash.

I’ve heard some lash technicians tell me that you should take a break from lash extensions after a couple of months but the current technician that I go to says that’s not necessary if the lashes are applied properly. Again, the key is going to a trained technician that takes a more natural and healthy approach to lash services. One time, I went to a technician who used volume lashes and was very heavy handed with the glue so I ended up with slightly irritated lashes. I also kept finding lashes stuck in my hair because she was dropping them during the application process!

The magnetic lashes are also safe and if applied right won’t hurt your lashes. There’s been a couple of times where I’ve applied the magnets wrong and it’s pulled at my lashes a bit but I just take them off and readjust.

So how much do these services cost?? Again, this will vary depending on who you go to but at Iris and West a Full Set of Synthetic lash extensions cost $125 for a 90+ minute service. A lash lift cost $110 for a 90+ min service. The other cost consideration is how often you have to come in for upkeep. With lash extensions you should come in every 3-4 weeks for a fill which costs around $70 for a 60+ minute service. With a lash lift you should come in every 6-8 weeks for another lift which will cost $110. Magnetic lashes are the budget friendly option and only cost between $13-15! They are also reusable so technically they will last forever!

Where to Get Lash Extensions/Lash Lifts in Los Angeles

I HIGHLY recommend getting lash extensions or lash lifts from Iris & West in West Hollywood if you live in the LA area. The are THE BEST! They will make sure they don’t damage your natural lashes and you’ll get lashes that look healthy and natural!

Lash Lift vs Lash Extensions vs Magnetic Lashes: Which one is better?

In summary, a lash lift is more natural, less upkeep and slightly cheaper if your lashes are able to last for 8 weeks. Lash extensions offer a more dramatic and noticeable look but requires more appointments and upkeep. Magnetic lashes are the budget friendly option but don’t look as natural, in my opinion, and don’t save you time in your daily makeup routine.

Which options have you tried? 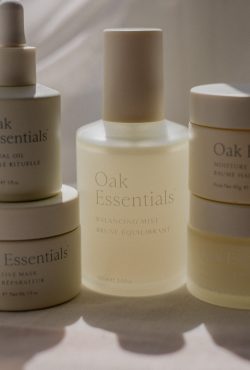 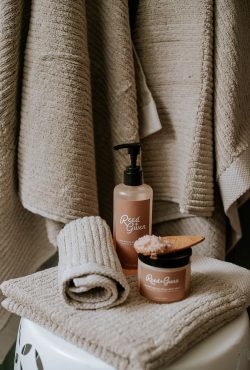 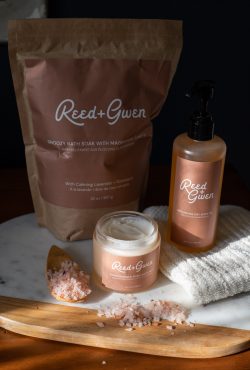